I finished my first 5k today, it felt really good. It wasn’t one of those deals where you say, “if you would of told me two years ago Id be finishing a 5K, I would of told you that you were crazy, but it was a dream accomplished, and I admit, a small tear formed in my left eye, however I held it back as I crossed the finish line. I did something today that I have never done, other than the 5K, I set a goal, and accomplished it rather than create excuse after excuse not run it or at least try.

“The time is now,” to stop putting things off and start doing! 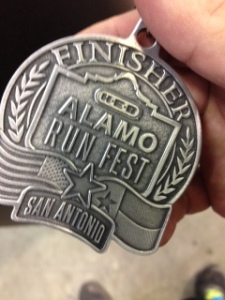